Young African-American man whose teachers said will not achieve success proves them wrong, bags PhD from US university 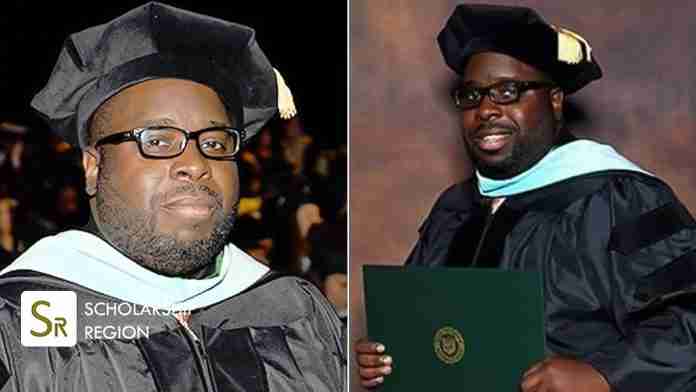 Dr Isaiah L. White Sr. suffered several disabilities including dyslexia which made him attend classes in special education. While growing up, he was reported to be bullied by colleagues due to his disability and a lot of his teachers opined that he would end up becoming nothing in life.

Despite all the challenges he went through, Isaiah did not give up on his dream to become successful. In a book which he wrote in 2019, Isaiah revealed that his disabilities include dyslexia, dyscalculia, audio processing disorder, visual impairment, comprehension weakness, and many more.

He also stated that he had to repeat class several times which made him frustrated. According to him, he graduated from high school at a 7th-grade level in some subjects, and a 5th-grade level in others. In university, he took the same remedial math 12 times and he was in all remedial classes during his first few years of university. He was also on academic probation and suspension.

He narrated further that his determination to succeed finally paid off as his grade point average eventually got better and he went on to obtain his Bachelor’s degree.

In community college, he had a 2.3 GPA. He earned his Bachelor’s degree with a 2.9 GPA, his Master’s degree with a 3.0 GPA, and now, he graduated with his doctorate degree in education with a 3.67 GPA, blacknews reported.

Dr Isaiah White who is proud of his hard-earned achievement is working hard to inspire many people across the world not to give up on their dreams. His goal is to help others understand that “the only person that has the last say so is yourself.”