Young African Lady enrols for Masters in Aerospace Engineering twice to prove she is brilliant, graduates with distinctions A brilliant Nigerian Lady named Cynthia Okoro has achieved an exceptional feat after enrolling for a Master’s Degree in Engineering Control Systems and Implementations (Aerospace) twice to prove herself as a brilliant person.

Sharing an image of her two Master’s degrees in Engineering Control Systems and Instrumentation, she revealed the result of her Master’s degree to be a distinction, having scored an A in all the courses she took. In her second Master’s result, she scored A’s all through with better results than the first.

“M.Sc. Engineering Control Systems and Instrumentation ( with Distinction). Did it twice so they have no doubts,” she wrote on Twitter.

According to the image shared by Cynthia, she enrolled in different divisions for her Master’s degree. The courses she took in the first Master’s program were different from the second, showing her strong passion and tenacity for becoming an excellent engineer.

See the image below; 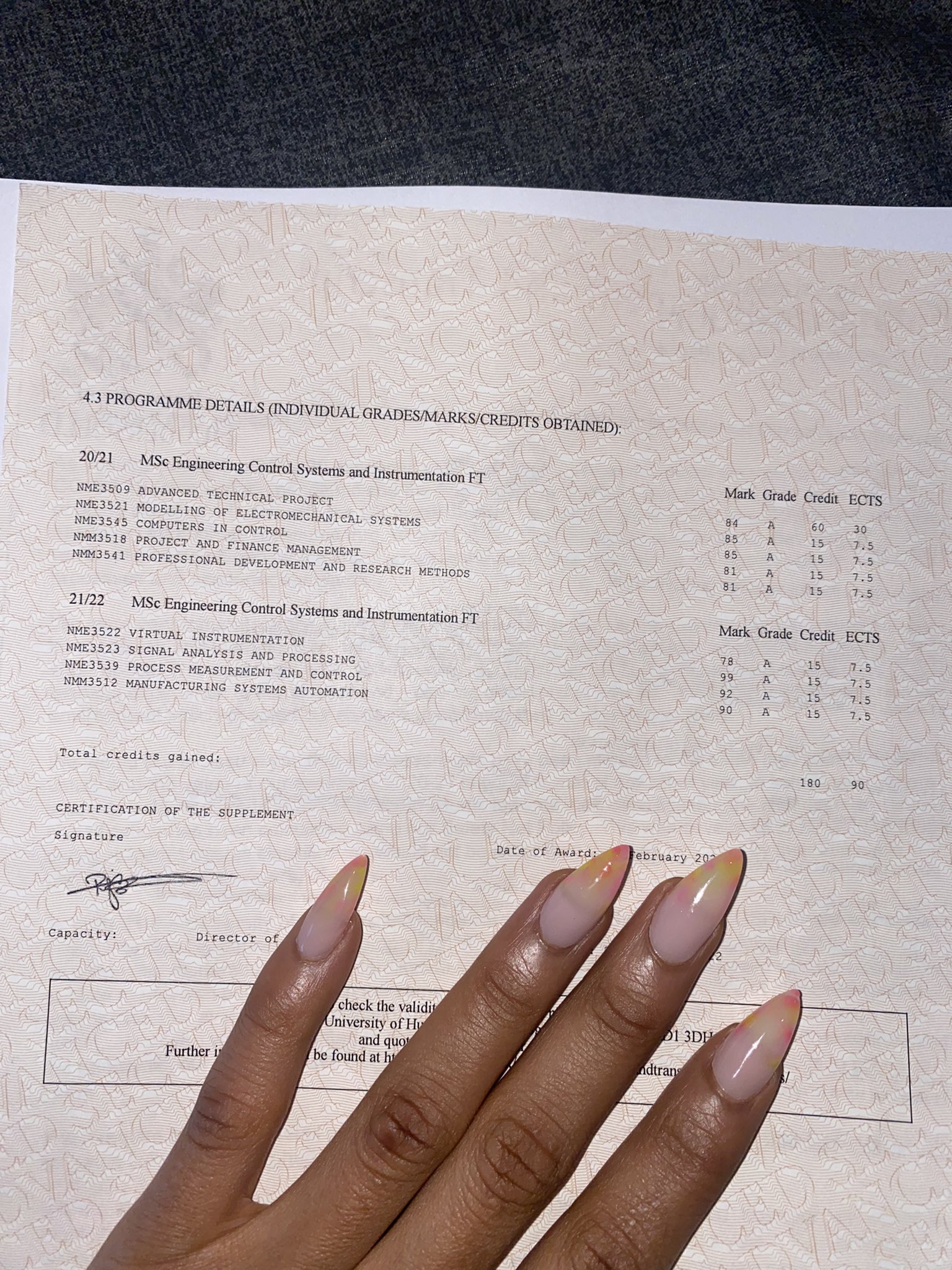