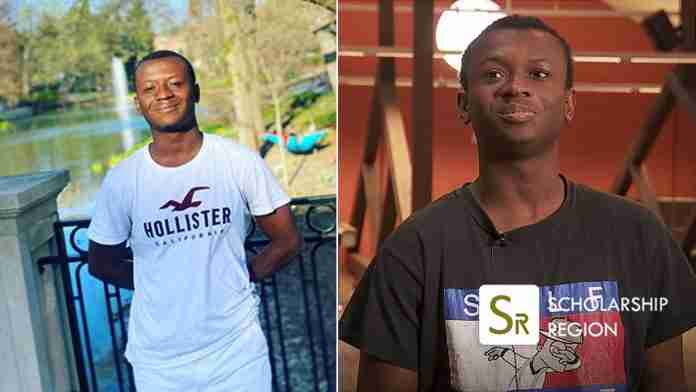 A brilliant young boy named Lashawn Samuel has been accepted to 12 top universities including the Ohio State University in the United States and awarded Full Scholarships.

Lashawn Samuel had a rough road during his academic journey as he had to battle poverty. He lived in a troubled neighbourhood where his home was broken into countless times as well as witnessed his close buddy shot and killed, ABC6 reported.

He is also said to have confronted several health challenges which he overcame. To solve his homework, he had to walk three miles (5km) every day from his home to the Franklinton branch of the Columbus Metropolitan Library to get help.

Samuel who has now enrolled at Ohio State University credited his success to God, his family, friends and the environment. “I never would have achieved it without God, my family, my friends, and this environment I have around me,” he said.

“There’s always going to be a challenge or an obstacle that you’re going to have to overcome or grow out of,” he added. “But as long as you keep true to yourself and have faith and persevere so that you can overcome it, then you will,” he added.

Samuel grew above his challenges to become the first in his family to go to college. “The kid has tremendous perseverance and he just keeps going,” Kelly Young, one of the Homework Help associates at the Columbus Metropolitan Library told NBC4i.

Samuel first received his acceptance letter from the University of Akron. Then several more including from the Fisher College of Business at Ohio State University, his dream school.