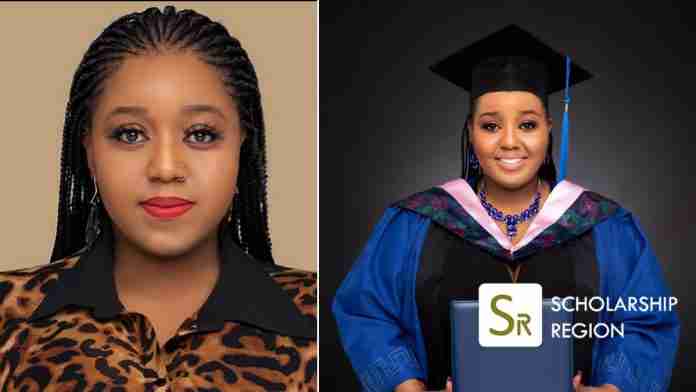 An exceptional African Lady named Mitchell Mhlanga has emerged successful after having to work as a waitress to gather funds to enroll for a university degree.

Mitchell Mhlanga who hails from South Africa, narrated her struggles before earning a university degree. She explained that after graduating high school in 2010, she got accepted to the University of South Africa to earn a Bachelor’s degree in Law.

She had taken a job as a waitress to fund her education but was unable to sustain her studies at the university. In 2013, she dropped out of Law School in her second year because of a lack of fees.

She later moved to study in China and was accepted to Shanghai Lixin University to earn a Bachelor’s degree in International Trade And Economics.

Celebrating her achievement on Instagram, she shared images of her graduation saying that she is a degree hotter. “I’m One Degree Hotter Today. I Came, I Saw, I Mastered,” she said.

Mitchell Mhlanga is not stopping there, she has enrolled for a PhD degree in International Trade and is set to complete the program in 2026.

She narrated further that there were times when she felt like giving up but fought on with courage. She thanked God for the favours and also thanked everyone that help her succeed.