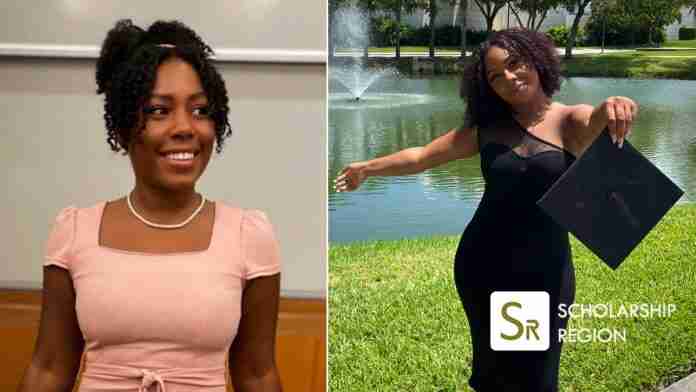 A young American Lady named Asia Bryant has achieved an extraordinary feat after graduating with a Master’s degree in International Business despite working for almost 18 hours daily to fund her education.

Asia Bryant who celebrated her unique achievement on LinkedIn narrated that she struggled her way up to earn her Master’s degree. “I’ve slept on floors, in my car, been broke with only $12 to my entire existence. I’ve had people try to discredit my accomplishments and limit me to only my appearance,” she wrote.

Asia graduated with a Bachelor’s degree in Mathematics and a minor in Chinese Studies from the Texas Southern University, United States. She thereafter proceeded to the Florida International University for her Master in International Business (MIB).

Explaining how she had to balance schooling and working, Asia said she had to conquer much discrimination that came her way during the course of her study. “I learned to speak “properly” after being teased for my thick southern accent. I’ve had glass thrown at me from racists, been xually harassed by people I looked up too, discriminated against because of the color of my skin, the list could go on. The odds weren’t supposed to be in my favor,” she wrote.

“Balancing two jobs, working 16-18hrs a day to make ends meet, while being a full time graduate student hasn’t been the easiest road, but it’s taught me discipline and perseverance,” she added.

Asia expressed happiness as she revealed no one has ever earned a Master’s degree in her family, making her the first ever person to achieve such a feat. “Being the first in my family to achieve this milestone, I hope to open a door and create a lane for future generations to come,” she said.

She dedicated her success to her family and loved ones who were there for her physically and spiritually. “I thank my family for their words and wisdom that kept me together when I wanted to break down and quit,” she said.