Young man who was looked down upon by teachers clears doubts about his brilliance, bags Doctor of Law degree in US university 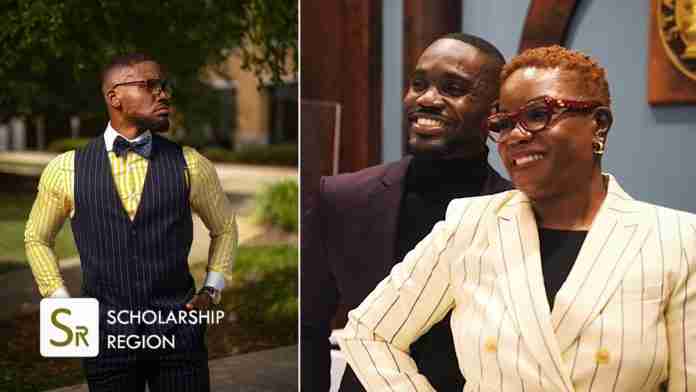 A determined and young African-American man named Ray Curtis Petty Jr has graduated from Western Michigan University Thomas M. Cooley Law School, Michigan, United States as the best graduate, clearing the doubts of many of his teachers who considered him not brilliant.

Ray Curtis Petty Jr. narrated that as a child he faced much discrimination as many people did not believe in him including some of his teachers who insisted that he should be in special education classes.

However, he was able to scale through high and proceeded to earn a Bachelor’s degree in Political Science and Government from Albany State University (ASU), Georgia, United States. After his Bachelor’s degree, he faced another challenge getting into Law school.

Ray Curtis Petty Jr. applied to many Law schools but got rejected severally before finally getting accepted into Western Michigan University Thomas M. Cooley Law School. In 2020 at a time he was about to complete his Law school, Petty lost his sister to sickle cell anaemia.

He described the incident as traumatizing for him but was able to forge ahead in his academic pursuit. Petty also worked as a paralegal in the United States Air Force Reserves during his studies.

Despite all the challenges and doubts about him, Petty Jr. graduated with a Doctor of Law (JD) as the valedictory speaker of his law class at the Western Michigan University Thomas M. Cooley Law School’s 2020 set. He also served as the Student Bar Association (SBA) President and won several awards at the university.

He then took the bar exam but failed it on his first attempt. He did not let that deter him, he retook the exam and finally passed with flying colours, he and his family were overjoyed.

[] Several scholarship opportunities are ongoing in Europe, the USA, the UK and Canada to explore. Here are some ongoing scholarships you should check out;

A video of him celebrating with his mother went viral on social media. Petty Jr. expressed happiness that he was able to make his mother proud. He noted that she has been very supportive of him throughout his entire lifetime.

His success at the bar exams made him the first lawyer in his family. He hopes that his story can serve as an inspiration to others too, especially natives of Albany, Georgia in the United States.