Young man who was told he is not good enough defeats negative thoughts, bags first-class degrees from Oxford and Cambridge university 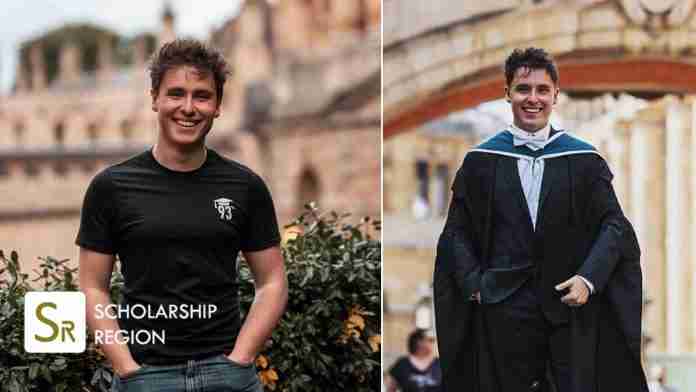 Harry Camp who went ahead to become the best graduating student in the universities narrated that he was initially affected by the thought but decided to overcome such negative thoughts.

“5 years ago a careers rep told me ‘you are not the type for Oxbridge’ and that there was no point bothering to apply because I ‘wouldn’t be good enough’,” Harry Camp narrated on LinkedIn.

“For a while I let myself believe them, receiving only one uni offer in my final A-Level year,” he added.

Celebrating his Master’s degree graduation from the University of Oxford, Harry Camp revealed that he graduated top of his class and secured a distinction. He explained that he faced a choice of either believing in himself or believing in people’s opinions about him.

Studying in the United Kingdom gives you the opportunity to achieve your true potential. At Scholarship Region, we keep track of Scholarship opportunities around the world so as to inform you whenever they are available.

With a Bachelor of Arts and Master’s in English and Literature, Harry Camp has now built an extraordinary network of mentors and peers that now work to “unlock the talent Britain needs to create a fair and prosperous future.”

“Make no mistake — others will doubt you. At times, you will doubt yourself. It will never be an easy ride,” Harry Camp advises upcoming scholars.