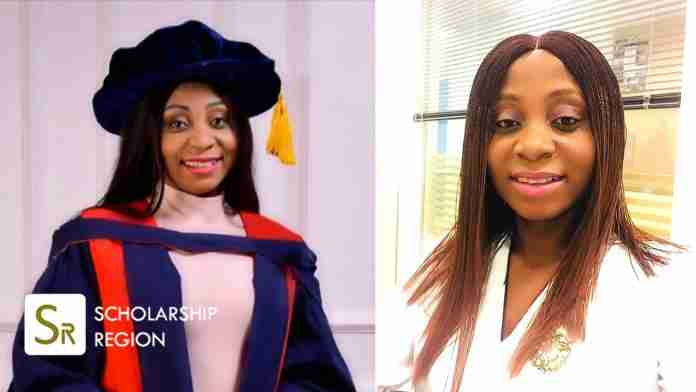 An outstanding Nigerian woman named Bolanle Solomon-Adewusi has achieved a rare feat after earning her Doctorate PhD degree in Computer Science after six years and scaling through two pregnancies and two childbirth simultaneously.

Bolanle Solomon-Adewusi started her higher academic journey at Obafemi Awolowo University, South-West Nigeria, earning a Bachelor’s degree in Computer Science. She proceeded to the University of Manchester in the United Kingdom for her Master’s degree.

After earning her Master’s degree in Computer Science and Information Technology Management, she returned to Obafemi Awolowo University for her PhD degree, a feat she described as a dream come true.

Narrating her journey on LinkedIn, Bolanle Solomon-Adewusi explained that her PhD program saw her spend six years studying in which she gave birth to two children during the span.

“I PhinisheD! After six years, 2 pregnancies, 2 childbirth, raising infants to toddlers, many sleepless nights, and a formidable support system, I was awarded a Ph.D. degree in Technology Management, precisely a year ago,” she wrote on LinkedIn.

She narrated that having a PhD has always been her childhood dream. “It is a dream come true. From age 8 I had nursed the ambition of getting a PhD, and after the birth of my first child, I almost threw in the towel,” she narrated.

“I guess the hormones, postpartum emotions and the unexpected reality that comes with taking care of a baby and raising a child took its toll on me. Nevertheless, the persistence and resilience were real and looking back now; I can only applaud myself because I did it,” she added.

She thanked everyone who contributed to the achievement of her PhD degree. “I do not take my support system for granted, every single person around me made the journey worth it,” she said.

I am grateful to Almighty God for making it possible and a big shout out to everyone that was a part of this journey consisting of my husband Opeyemi Adewusi, my children, my parents, my siblings, my friends, and other family members,” Bolanle added.