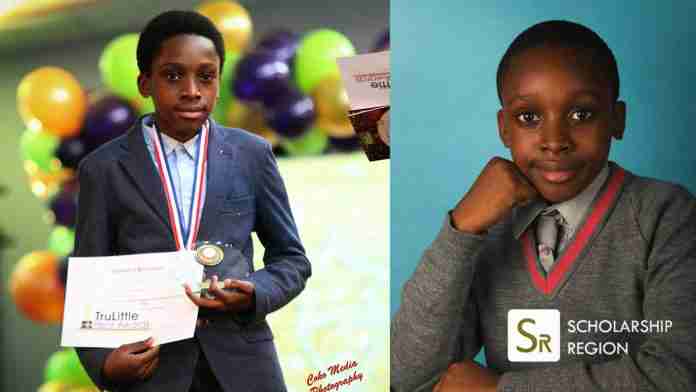 A 12-year-old British-Nigerian kid named Chika Ofili has emerged as one of the youngest Mathematics scholars in the world after discovering a new mathematical formula.

Chika Ofili who was born in London, the United Kingdom a Nigerian parent made the discovery of a formula that solves several division problems swiftly. He made the discovery while completing a homework assignment given to him by his teacher.

Chika attended the Westminster Under School in London and his Mathematics teacher, Mary Ellis gave him a book called “First Steps for Problem Solvers” while on break.

According to Mary, the book contained several division problems that required him to determine if various numbers are divisible by 2, 3, 4, 5, 6, 7, 8 or 9 before completing the full problem, but his math book didn’t contain a memorable test for dividing by 7.

In Chika’s quest to solve the division challenges, he created a new method that consists of taking the last digit of any whole number, multiplying it by 5 and then adding this to the remaining part of the number to get a new number. He found that if this new number is divisible by 7, then the original number is also divisible by 7.

The method was backed with algebraic proof, and it has successfully changed the way math is understood all around the world.

Chika’s groundbreaking discovery in the field of mathematics accorded him recognition around the world and was awarded as a scholar by the TruLittle Hero Awards in the United Kingdom.