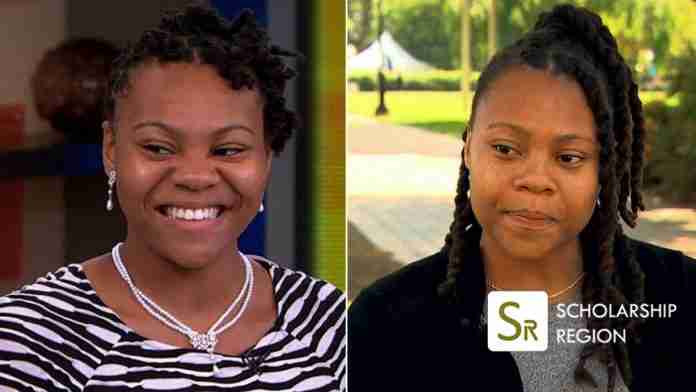 An exceptional 18-year-old girl named Rashema Melson, who suffered from homeless while studying has emerged as the best student of Anacostia High School in Washington, D.C, United States.

Rashema Melson lived in the D.C. General homeless shelter, along with her mother and two brothers for the entire six years she spent in high school. She narrated that she tried to stay out of the shelter home as much as possible throughout her high school education.

“I try to stay out as late as possible. I wouldn’t say it’s my favorite place.” she narrated.

Speaking about how homelessness affected her academic performance, Rashema explained that due to the noise and long security checks in the shelter, she often wakes up in the middle of the night just to do her homework in peace. She added that she didn’t keep her homelessness a secret from classmates — but did not offer the information either.

“I don’t like sharing with kids because they start to pity you or they start to look at you in a different way. And I feel like, ‘Hey, I’m just like the rest of you. I come in to get an education,” she said.

Rashema Melson scored an outstanding 4.0 GPA to emerge the valedictorian of Anacostia High School in Washington D.C. “I just know when I have a goal, I try not to let anything get in the way,” she said about her grade.

After her graduation from High School, Melson was awarded a full scholarship to earn a Bachelor’s degree in justice and peace studies at Georgetown University in Washington DC.

Studying in the United States opens you to a lot of opportunities and offers you a chance to prove yourself to the world. At Scholarship Region, we keep track of Scholarship opportunities around the world to inform and remind you whenever they are available.

Five years after enrolling at Georgetown University in Washington D.C, Rashema Melson graduated with a Bachelor’s degree and plans to return to her community to work for a few years before attending law school.

“I don’t want to just be someone who makes a lot of money and donates. I want to get in there and actually do something. I want to mentor. I want to change laws. I want to do something that’s really going to make an impact,” she said.