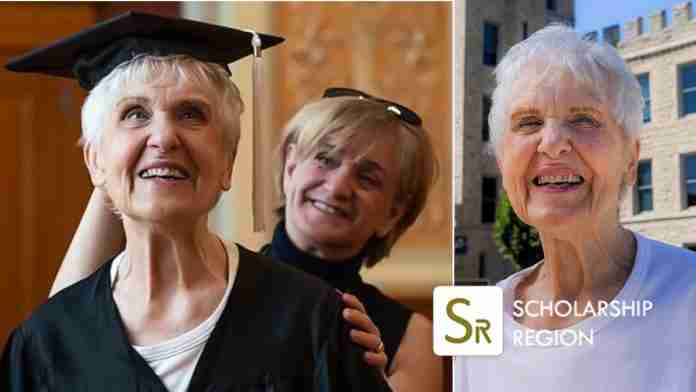 An exceptional 90-year-old grandma, Joyce DeFauw has achieved her lifelong dream of earning a university degree after over 70 years of making her first attempt.

The 90-year-old Joyce DeFauw became the oldest person ever to graduate from Northern Illinois University in the United States, earning a bachelor’s degree in general studies.

Joyce DeFauw narrated that she first enrolled in Northern Illinois University in 1951 but had to terminate her education having meeting the love of her life in a church. “I went to school for three and a half years, but decided to leave after I met him.” DeFauw narrated.

Her husband, the good-looking man whom Joyce DeFauw fell in love with is Don Freeman Sr. They got married and had three children together before he passed away.

Joyce later remarried to late Roy DeFauw. They had six children together including two twins. Over the years, her family grew, and she now has 17 grandchildren and 24 great-grandchildren.

Joyce DeFauw enrolled back in Northern Illinois and began taking classes. Using a computer given to her as a gift, DeFauw took her classes online in 2019 and finally graduated in 2022.

“I’d never dreamed I’d be around at this time, but here I am,” DeFauw who spoke with WREX explained.

“I’ve learned that I can do things I never thought I could do, with the help of others. You can never quit learning,” she added.