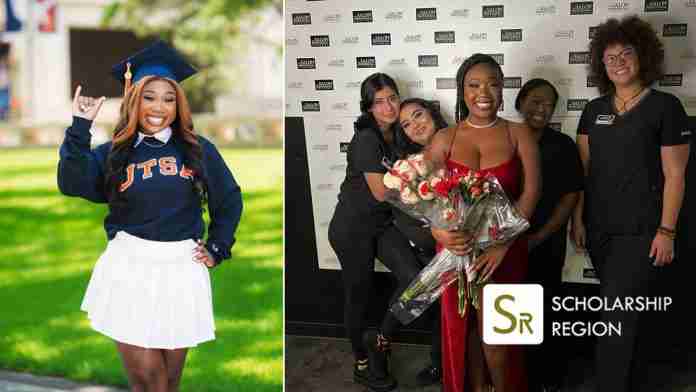 A brilliant Lady named Makayla Marie has achieved tremendous success in San Antonio, United States after earning her fourth degree at the young age of 22. She also set the record of being one of the youngest in the country to attain such height.

Sharing her new achievement on Twitter, Makayla Marie revealed that she has been awarded another degree in Cosmetology by The Salon Professional Academy in Wisconsin, United States.

She referred to her newly acquired certification as her fourth degree. “Degree number 4 at the age of 22. I’m officially a cosmetology school graduate,” she wrote on Twitter.

Makayla Marie added that she is now certified to practice the application of beauty treatments including hairstyling, skincare, cosmetics, and manicures/pedicures in the United States.

Studying in the United States opens you to a lot of opportunities and connections with world industry leaders. At Scholarship Region, we keep track of Scholarship opportunities around the world that can fund your study abroad so as to inform and remind you whenever they are available.

In another story, a brilliant Nigerian Lady named Priscilla Asikhia set an outstanding record of being the youngest PhD graduate after earning a Doctorate degree at 25 years old.

She narrated that her higher academic journey at the age of 15 and graduated with a Bachelor’s degree in Business Administration at 19 years old. Read more about Priscilla Asikhia HERE.