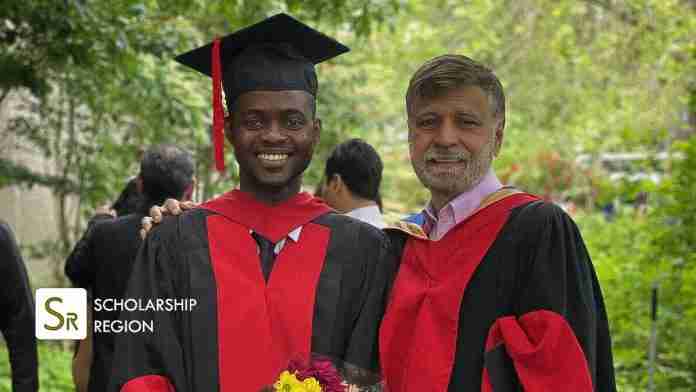 An exceptional African man who hailed from Ghana, West Africa named Eugene Opoku, has bagged an outstanding PhD degree in Mathematics and Statistics from the University of Victoria, British Columbia, Canada.

Eugene Opoku got celebrated on LinkedIn by his university supervisor, Professor Ejaz Ahmed, who described him as a talented student and also his first African product as a Lecturer.

Eugene started his higher academic journey at the University of Ghana where he graduated with a Bachelor’s degree in Mathematics and Statistics. He proceeded to Brock University, Ontario, Canada for his Masters Degree in Statistics.

He recommended him to his colleague at the University of Victoria in British Columbia.

“I accepted at the Department of Mathematics and Statistics at Brock University in the M.Sc. program a few years ago. I encouraged him to do a Ph.D, (we did not have a PhD. program at Brock) so I suggested he attend U of Victoria, and I became his PhD. Co-Supervisor with Dr. Faruk Nathoo,” Professor Ejaz narrated.

Professor Ejaz Ahmed expressed his pleasure to see him graduate with honours. He also revealed that Eugene has now secured an appointment as a Senior Data Analyst.

“Eugene was recently appointed by BC Ministry of Health as a Senior Data Analyst and I’m sure his family and friends are most pleased with his success,” he said.