Young Nigerian Economist wins Yale University scholarship, becomes one of the only two Africans accepted in the school 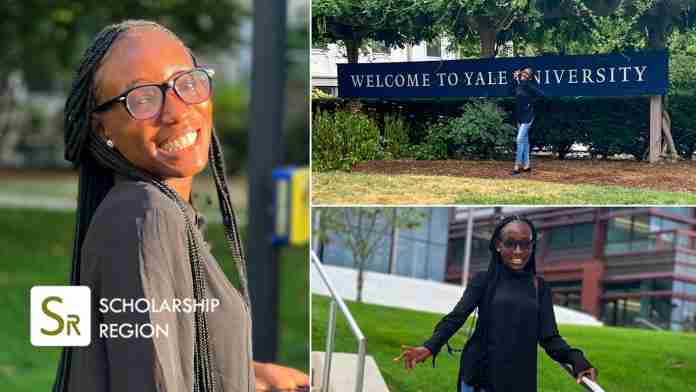 A brilliant Nigeria Economist named Funmilayo Ajayi has won a Master’s degree scholarship to study at the prestigious Yale University in the United States after an outstanding academic performance in Nigeria.

Funmilayo Ajayi graduated from the Federal University of Agriculture, Abeokuta, South-West Nigeria with a first-class Bachelor’s degree in Economics. Immediately after her graduation from university, she joined KPMG – a world-leading accounting and professional services firm as an Intern and later an Audit Associate.

Funmilayo Ajayi however had to resign from her position after winning a Fully Funded Master’s scholarship to study at Yale University in the United States. Announcing her success on LinkedIn, she revealed that she emerged as one out of the only two Africans accepted in her cohort.

“Glory to God, I am delighted to start a new career journey with a Masters Degree in International and Development Economics (IDE) at Yale University on a fully-funded scholarship. The scholarship was awarded by the Yale IDE program in conjunction with the Yale Economic Growth Center,” she said.

Funmilayo Ajayi who is now set to earn a Master’s degree in International and Development Economics from Yale University noted that she is excited about the new chapter.

“On August 8 2022, I terminated my employment with KPMG Nigeria. Of course, I am very excited about this new chapter,” Funmilayo said about her Master’s scholarship to the United States.

[] Studying in the United States opens you opportunities and connections with world leaders. At Scholarship Region, we keep track of Scholarship opportunities around the world that can help you fund your education abroad so as to inform and remind you whenever its available.

Funmilayo Ajayi thanked everyone that has contributed to her successful journey. “My gratitude goes to the entire The Michael Taiwo Scholarships team and the GAIN – Graduate Applications International Network team for their support (financially & through mentorship) towards my application process.

She thanked her undergraduate lecturers who have been very instrumental to her success. She also other colleagues of her for proofreading her writing of the letter of recommendation.

“As I join my cohort as one of the only two Africans, I’m eager to learn as much as I can during my study,” she said.