11-year-old boy graduates as a Space Physicist from US university, sets out to prove Albert Einstein wrong 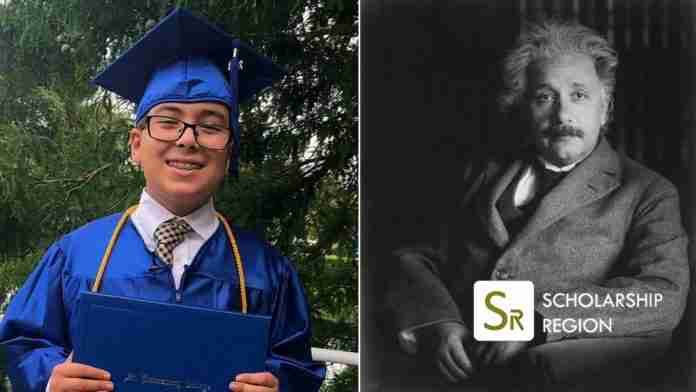 An 11-year-old genius named William Maillis from Pennsylvania, United States has graduated from St. Petersburg College, Florida as a Space Physicist (Astrophysicist) and is set to debunk Hawking’s and Albert Einstein’s theories about the universe.

The young genius graduated High School at the age of 9 and immediately set out to become an Astrophysicist with a mission of proving that God exists. William who is among the youngest ever people to attend college stated that he is not worried about being the youngest in his class.

“It doesn’t bother me” being the youngest student in class by far. I’m used to it by now,” William tells People.

According to his father Peter Maillis, they noticed William’s extraordinary intellectual ability when he was still an infant. At just 7 months, William could already speak in full sentences. At 21 months, he was doing addition and at the age of 2, he could solve multiplication problems.

William proceeded to earn a degree in Astrophysics and hopes to earn a Doctorate degree very soon. According to him, wants to prove to everybody that God does exist by showing that only an outside force could be capable of forming the cosmos.

“I want to be an astrophysicist so that I can prove to the scientific world that God does exist,” William said in an interview.

He is strongly disagreeing with the statement of the late scientist Stephen Hawking that God does not exist. Williams also disagrees with Albert Einstein’s theories about the universe.

[] Several scholarship opportunities are ongoing in Europe, USA, UK and Canada to explore. Here are some ongoing scholarships you should check out;

Narrating how William developed his academic brilliance, Peter Mailis narrated that he was discovered at 6 months old when he started accurately identifying numbers and speaking in complete sentences at just 7 months old.

“William was just very sharp. William remembers everything he sees.” Maillis says. He followed with a range of impressive academic feats, including doing addition at 21 months; multiplication, reading and writing at 2 years old; algebra, sign language and reading Greek at age 4; geometry at 5 and trigonometry at 7.

His university History professor, Aaron Hoffman, stated that the boy fits right in with his other college students. “We haven’t steered away from any topics: Hitler, Mussolini, the Holocaust, wars,” Hoffman says. “If he’s here for college, he’s going to get college-level material,” he said.

William’s father, Peter Mailis says his son remains grounded. “I just want him to appreciate the gift he has, which I think he does. I tell him, ‘God gave you a gift. The worst thing would be to reject that gift and not use it for the betterment of the world”, he said.