Brilliant Lady wins scholarship award of over $1.5 million to study in 35 US universities, celebrates achievement 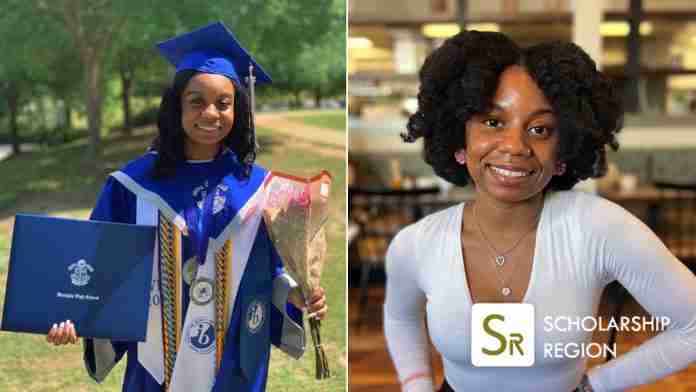 A brilliant young Lady from Westlake High School in Georgia, Kayla Willis has achieved tremendous success in her academics after earning scholarships worth over $1.5 million to study in 35 universities across the United States.

Kayla Willis who shared her success on social media narrated that she initially intended to make her success a secret but was advised against doing so by her father. An image shared by her showed a series of university acceptance she had received while in high school.

“I kinda didn’t want to post this, but someone said “the whole world needs to know how great you are,” she wrote on Twitter.

Celebrating her graduation from High School, she wrote a short note on Instagram expressing her happiness in seeing the young woman she has grown to become.

“So happy to be the young woman I am today,” she added.

Kayla Willis also revealed that out of the 35 universities that offered her admission and scholarships, she has decided to attend Fisk University in Nashville, Tennessee, United States and is set to major in International Business and Spanish.

Kayla Willis wanted to inspire people to reach out for their dreams. She narrated that she had an average SAT score of of 1160 and wanted to prove that it success is possible with such as score.

“To show them that someone who made an average SAT score who has good grades – someone can make it and do that type of thing. I wanted to inspire people and show them that you can actually dream big and get to where you want to go,” she said.