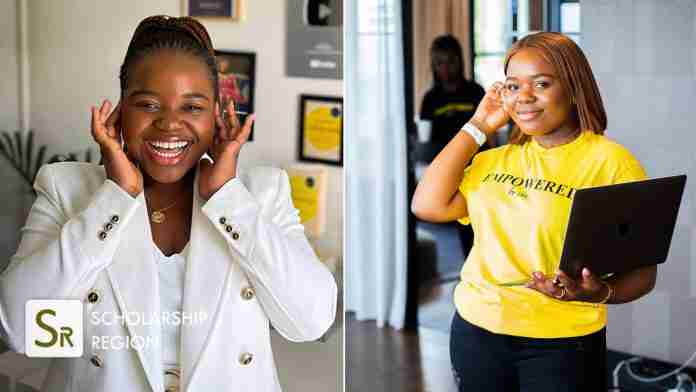 A brilliant African-American Lady, Varaidzo Kativhu has excelled tremendously in her academics after graduating from both the University of Oxford in England and Harvard Graduate School of Education for her Bachelor’s and Master’s degrees respectively.

Varaidzo Kativhu who narrated her story through her LinkedIn handle noted that her high school teacher had prophesied that she will never make it to the University of Oxford because she “was not good enough”. However, Varaidzo Kativhu fought hard to defeat her prophesy.

Not only did Varaidzo Kativhu defeat her teacher’s prophesy, she broke the ceiling to gain admission to the prestigious Harvard University in the United States for her Master’s degree and is not set to earn her Doctorate degree (PhD) from a university in California, US.

Announcing her newest feat of gaining admission for PhD, she stated that the journey was not easy for her as she got rejected by New York University which led to her taking another gap year. “In February I was rejected by NYU! But today I’M SO PROUD TO SHARE THAT I’VE FINALLY BEEN ACCEPTED FOR MY PhD studies at another school,” she wrote.

Varaidzo Kativhu’s Bachelor’s degree was earned in Classical Archaeology and Ancient History from the University of Oxford, United Kingdom and she holds a Master’s Degree in International Education Policy from Harvard University, Massachusetts, United States. She however revealed that she will also earn her PhD in Education.

Varaidzo Kativhu also noted that her perspective on rejections changed after she was rejected by New York University.

“Rejection is redirection Because I didn’t plan on taking another gap year but after getting rejected from NYU my perspective shifted!, this year has been the best year of my life so far and so many opportunities have came my way that I would have had to decline otherwise,” she said.