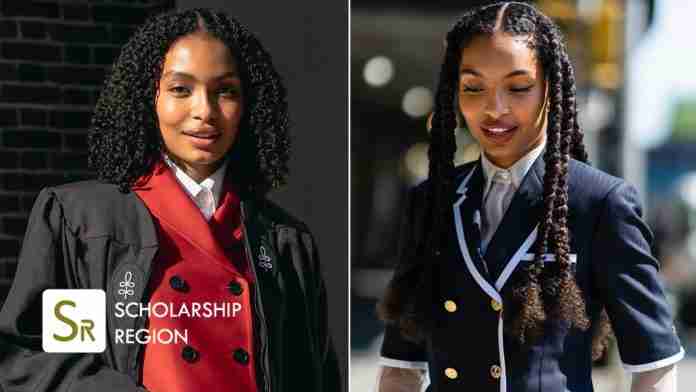 American Actress Yara Shahidi has graduated from the prestigious Harvard University, Massachusetts, the United States of America after being a recommendation by the former first lady, Michelle Obama.

The 22-year-old actress began her excellent acting career when she was 6 years old and has since appeared in several films and television commercials for big organizations such as McDonald’s, Target, GapKids, Disney and more.

In 2017, she was recognized by the then America’s first lady, Michelle Obama who wrote her a recommendation letter to Harvard University, Massachusetts where she graduated from the Social Studies and African American departments.

She had always wanted to have a University degree despite her successful acting career. Before her enrollment into university, she said no matter what, she is going to college.

“I think no matter what, I know that I want to go to college. I know that I’m going to defer a year and I’m willing to have a more unorthodox college experience, but at a certain point I want to be on a campus.

“I don’t know what that means for me at this moment, but I know that the creator of the show supports me and everybody on the show again supports how adamant I am about my education,” Shahidi said in 2016.

Celebrating her graduation from Harvard University, she took to her social media handle to share pictures of the big day alongside throwback pictures and photos with her family and friends.

“Celebrating ALL week!,” she captioned an image of herself in a graduation gown with her mother, Keri Shahidi, looking on ecstatically.

Shahidi who had focused her study on “Black political thought under a neocolonial landscape” graduated officially on May 26, 2022.

Her family expressed their congratulations on their social media accounts.

“Beautifully surreal moment seeing our delicate petal in full bloom,” her father Afshina Shahadi captioned an image of himself and his daughter on his Instagram handle.

In a 2018 interview on Jimmy Kimmel Live!, Shahidi had mentioned that she had wanted to be a History professor more than an actress.