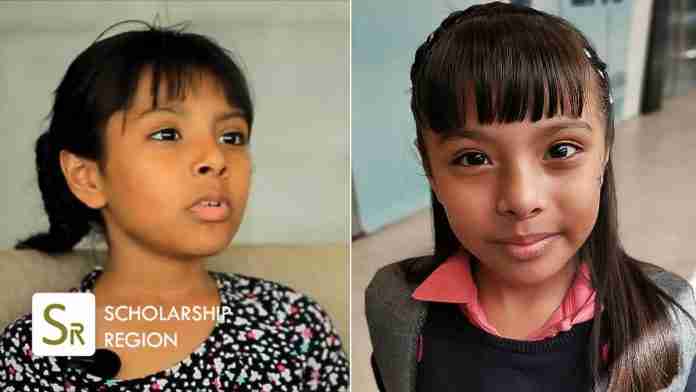 An exceptional 8-year-old girl named Adhara Pérez has set an outstanding record after beating the IQ score of Albert Einstein and Stephen Hawking.

Adhara Perez aced the IQ test with a score of 162, two points higher than Albert Einstein and Stephen Hawking. At the age of 6, she finished middle school, and at 8 she finished high school.

While growing up, Adhara Perez was diagnosed with Asperger’s syndrome. Her classmates called her “weird” and even her teachers considered that she did not have much of a future. Her mother, Nallely Sánchez, narrated that her daughter fell into depression due to the treatment she got in school.

“At a ballot signing I saw that Adhara was playing in a little house and they locked her up. And they already started like this: “Weird, weird!”, And they started hitting her in the little house. So I said, I don’t want her to suffer. And she told me that she did not want to go to school, and fell into a very strong depression,” Nallely narrated.

Adhara Perez was later enrolled at an institute where she was discovered as a genius. She was offered a scholarship by the University of Arizona in the United States. At the moment, she is studying two careers online including Industrial Engineering in Mathematics at UNITEC Institute of Technology and Systems Engineering at CNCI.

Pérez’s study at the University of Arizona was facilitated through an invitation by the university’s president, Robert C. Robbins, who sent her a letter with the news.

“I was thrilled to read about your incredible story online and to find out that your dream school is the University of Arizona,” Robbins said in his letter.

“We have many outstanding space sciences programs, you would have many opportunities to work side by side with the world’s leading experts … You have a bright future ahead of you, and I hope to welcome you on campus one day as a Wildcat,” he added.

Pérez says her dream is to work at the National Aeronautics and Space Administration (NASA) in the United States. “I want to go to space to colonize Mars,” she told Infobae.

“If you don’t like where you are, imagine where you want to be, I see myself in NASA so it’s worth a try,” she wrote on Instagram.