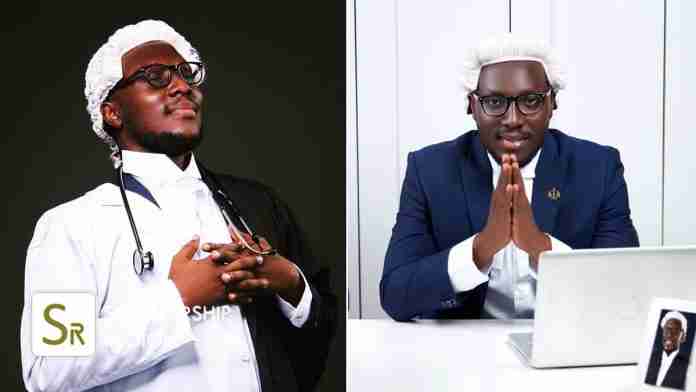 A young African man from Ghana named Odansi Papa has set an outstanding record after earning two bachelor’s degrees in Medicine and Law.

Odansi Papa narrated that he started his exceptional academic journey by enrolling in university for a Bachelor of Medicine and Surgery, after becoming a Medical Doctor, he returned to the university to earn another degree in Law.

Odansi Papa however did not intend to stop his academic journey with two degrees, he noted that he is in line to earn another Bachelor’s degree in Accounting. “Medical Doctor, Lawyer, Businessman & Aspiring Accountant,” he explained.

Studying in the United States allows you to achieve exceptional academic feats. At Scholarship Region, we keep track of Scholarship opportunities around the world so as to inform you whenever they are available.

In another story, a young African Lady named Cynthia Okoro achieved an exceptional feat after enrolling for a Master’s Degree in Engineering Control Systems and Implementations (Aerospace) twice to prove herself as a brilliant person.

Cynthia Okoro earned distinction in both Master’s degrees from the University of Huddersfield in Huddersfield, England.

Celebrating her exceptional feat on Twitter, Cynthia wrote that she did her Master’s degree twice so that they have no doubts about her distinctions. Click HERE to read more about Cynthia Okoro