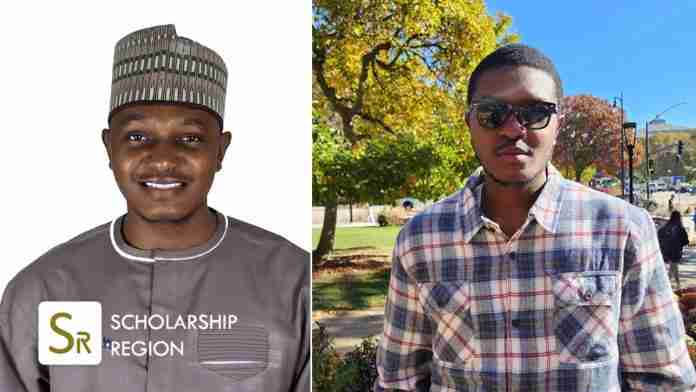 An exceptional African man named Akinyele Aminu has set an outstanding record as one of the youngest persons in the world to earn a PhD degree.

Akinyele Aminu, who hails from Nigeria, earned his PhD from the University of Pittsburgh, United States at the age of 21. He graduated with a Bachelor’s degree in English Language and Literature from Mountain Top University with an outstanding first-class.

He narrated that he was enrolled in school at a very young age. “I went through all the classes until I got to primary school, where I was given double promotion from primary two to primary four. I had a complete secondary education and gained admission to the university at 14; the same year I left secondary school,” he narrated to punch.

Celebrating his achievement on LinkedIn, Aminu noted that he was awarded fellowships that catered for all his tuition as well as all his expenses at the University of Pittsburgh.

“I am elated to announce that I have proceeded for a PhD at the University of Pittsburgh at the age of 21! In recognition of my academic accomplishments, I was awarded a fellowship that caters for my entire tuition as well as all my expenses,” he wrote on LinkedIn.

Studying in the United States allows you to explore your full potential and set outstanding records. At Scholarship Region, we keep track of Scholarship opportunities around the world that can fund your education so as to inform you whenever they are available.

Aminu thanked all the organisations that have awarded him scholarships throughout his academic journey. “Looking in retrospect, I have been on several scholarships all my life, and it is God I glorify for this. With a heart of gratitude to God, I can say that I am moving slowly but surely to the Promised Land,” he said.

He also thanked his parent for their unquantifiable support. Aminu explained that his interest in Linguistics bother on Computational Linguistics, Neurolinguistics, Sociolinguistics and Discourse Analysis.

“My PhD is in Linguistics and my interests are Computational Linguistics, Neurolinguistics, Sociolinguistics and Discourse Analysis. Looking forward to exploring research with some of the world’s brightest minds in one of America’s most powerful institutions,” he added.