12-year-old boy gains admission to US university, set to become a Computer Scientist 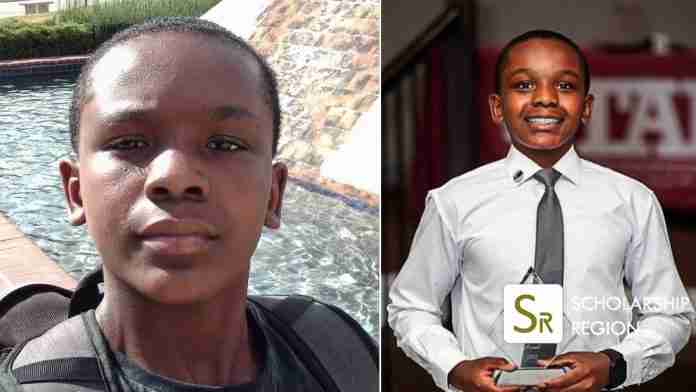 An exceptional 12-year-old boy named Elijah Muhammad Jr. has gained admission to the Oklahoma City Community College (OCCC) in the United States, making him the youngest black college student in the history of Oklahoma.

Elijah Muhammad Jr. is set to graduate from the institution with a degree in Cybersecurity. According to Elijah’s father, Muhammad Sr., his son will be graduating with both a high school diploma and a college degree next year.

He’s graduating with his associate’s degree and his high school diploma at the same time, which will be next year,” said Muhammad Sr. to Atlanta Black Star.

Speaking about his admission to college as a 12-year-old, Elijah Muhammad Jr. narrated that his classmates were shocked to see him join their classes. “A bunch of them were like, ‘How old are you?’ Once I told them my age, they all got surprised.” he recalled to KFor.

As a student who is on the path to becoming a Computer Scientist with a major interest in Cybersecurity, Elijah Muhammad Jr. is taking courses including Computer Hardware, Computer Technology, and Computer Operating Systems.

SR - August 31, 2022 0
The 2022 University of Liverpool Postgraduate Scholarship is open for interested and qualified students to pursue a postgraduate degree in the United Kingdom. The scholarship...

Elijah Muhammad Jr. comes from a family of geniuses. His sister Shania Muhammad set the record of graduating from two American universities with two degrees at the age of 14. Elijah Muhammad Jr. who has now broken her record is looking to follow in her footsteps.

“I’m very excited about getting scholarships because I’ve seen my sister get multiple scholarships and I was like, man, I can’t wait until I start getting my scholarships,” he expressed to Atlanta Black Star.

His father, Elijah Muhammad Sr. said his two youngest children compete against each other at almost everything.

“When he sees her accomplish certain things, he’s like I’m up next and I can do it. We are the cheering section for our scholars,” he told the local news station.